Beginning January 28, Complexity-Limit Will Take on the World’s Top Guilds in the City of Ny’alotha, the Final Raid in World of Warcraft: Battle for Azeroth

Frisco, TEXAS — January 16, 2020 — Complexity-Limit, the top ranked North American World of Warcraft guild and a division of Complexity Gaming, today announced their return to the Race to World First with the final raid installment of the Battle for Azeroth expansion, via the 8.3 patch. This marks the guild’s first Race to the World First event as part of the Complexity organization. Taking place live at Complexity’s headquarters, the GameStop Performance Center, Complexity-Limit will race to conquer Ny’alotha – the Waking City – the final raid, battling the legendary N’zoth and bringing an end to the World of Warcraft story of Battle for Azeroth.

“The Race to World First is one of the most impressive accolades in all of esports ,” said Sören Vendsahm, General Manager of Complexity Gaming. “It isn’t about winning a single round, match or one game in a condensed hour-long experience; it’s about being the first in the world to overcome the odds. And we’re hopeful that Complexity-Limit will conquer these adversities to be crowned the top guild in the world.”

The race and event will begin on January 28 at 10 AM ET and will be available to stream live on twitch.tv/complexity as well as individual streams from Limit members including Maximum, Preheat, Thdlock, Xyronic and Lightee. Complexity-Limit will be competing for 16 hours each day for 10+ days with extensive coverage reports and insights from top casters and talent from across the World of Warcraft community including Eiya, Tettles, Dratnos, Jet, Veyloris, Crzypck and Kalamazi. 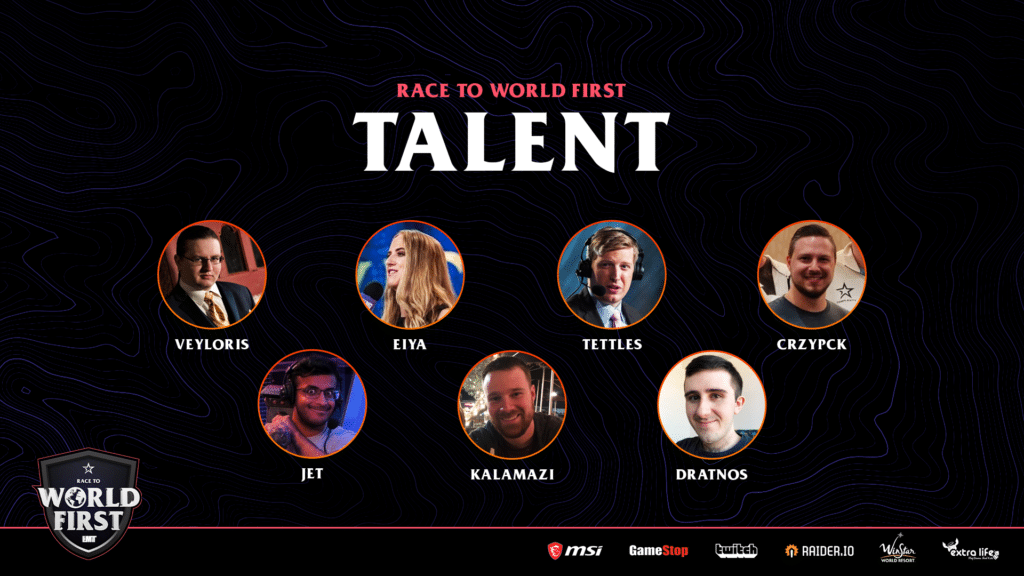 The Complexity-Limit Race to the World First: Ny’alotha stream will also include onsite presence from popular North American guild BDG, live feeds of Fat Shark Yes and Club Camel, as well as exclusive VoD progression content of Pieces, who will be racing against competing guilds from around the world, including the incumbent world #1 Method. 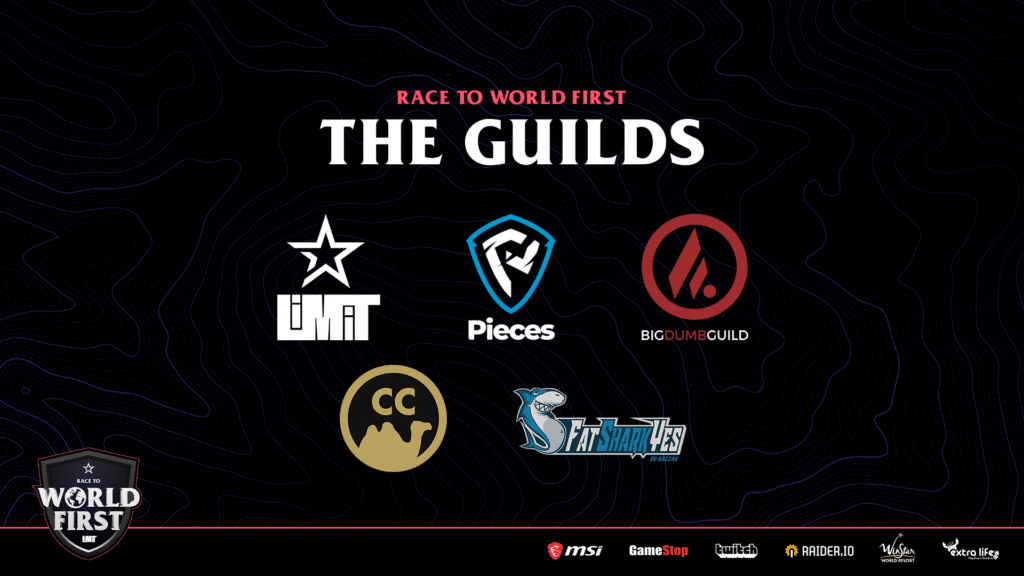 Complexity-Limit has also partnered with Twitch, GameStop and MSI to create unique engagement and content opportunities for fans, including giveaways and unique shoulder content to bring fans closer to the Race than ever before.

The previous Race to World First events have entertained hundreds of thousands of viewers over weeks of progress, establishing itself as one of the most thrilling and unique esports experiences to date. For Race to the World First: Ny’alotha, fans will tune in as guilds overcome the elements included in Blizzard’s most recent and most difficult dungeon, facing all 12 bosses, mobs of swarming enemies all whilst coordinating 20 people and competing against all other guilds globally in a race to the claim the throne as the world’s best.

Limit, now known as Complexity Limit, was founded in early 2015 from top raiding guilds across North America. Setting their eyes on beating other North American guilds, while also improving their own world rankings, they took their first NA #1, World 7th rank in Hellfire Citadel, tackling Mythic Archimonde and sealing their fate as a force to be reckoned with. As they’ve climbed the world ranks tier after tier, it became clear after taking World 2nd on Mythic G’huun, that there was only one more thing to do, and that was to push for World First. Something they will seek to achieve with Complexity Gaming’s support.

Complexity Gaming is one of North America’s longest standing and most successful esports organizations, now owned by Jerry Jones of the Dallas Cowboys and investor John Goff. The esports organization is led by Founder and CEO Jason Lake, considered by many to be one of the founding fathers of esports in North America. Complexity’s esports teams have won more than 140 championships in nearly 30 game titles over its 15+ year history. Staunchly committed to passion, professionalism, and a player-first mentality, Complexity has been continuously recognized as a global leader in modern esports. For more information on Complexity, visit http://Complexity.gg and follow the organization on Twitter, Instagram, YouTube, TikTok and Facebook.