FRISCO, Texas – December 7, 2020 – Complexity-Limit, the world’s #1 raiding World of Warcraft guild and partner of Complexity Gaming, today announced their return to Race to World First in the latest World of Warcraft expansion, Shadowlands. Kicking off December 15, Complexity-Limit will race to conquer the shadowy realm of Revendreth, battling Sire Denathrius in the Mythic Castle Nathria and kicking off the World of Warcraft story for Shadowlands. This year’s event will feature new participating talent, event partners, and content segments designed for a well-rounded viewing experience that can engage a diverse group of gaming fans.

“Race to World First is a competition unlike any other – it’s an incredibly demanding endeavor that challenges players to think critically over long periods of time,” said Sören Vendsahm, General Manager of Complexity Gaming. “All eyes are on Complexity-Limit as the guild attempts to defend their rank as the world’s top raiding guild, and we’ll be supporting them every step of the way through unique experiences for viewers and help from our partners.”

Complexity will continue to bring unmatched production value to Complexity-Limit’s Race to World First broadcasts this year, with an increased focus on creating unique content and engagement opportunities for fans. Through an ongoing partnership with Twitch, Complexity will stream approximately 16 to 18 hours of live Race to World First content exclusively on the organization’s official Twitch channel each day as well as individual Twitch streams from Limit members including Maximum, Thdlock, Imfiredup, and Lightee. OTK Network will also produce a daily roundtable show hosted by leading World of Warcraft influencers Asmongold, REALMizkif, Esfand, and Rich Campbell on their channel. 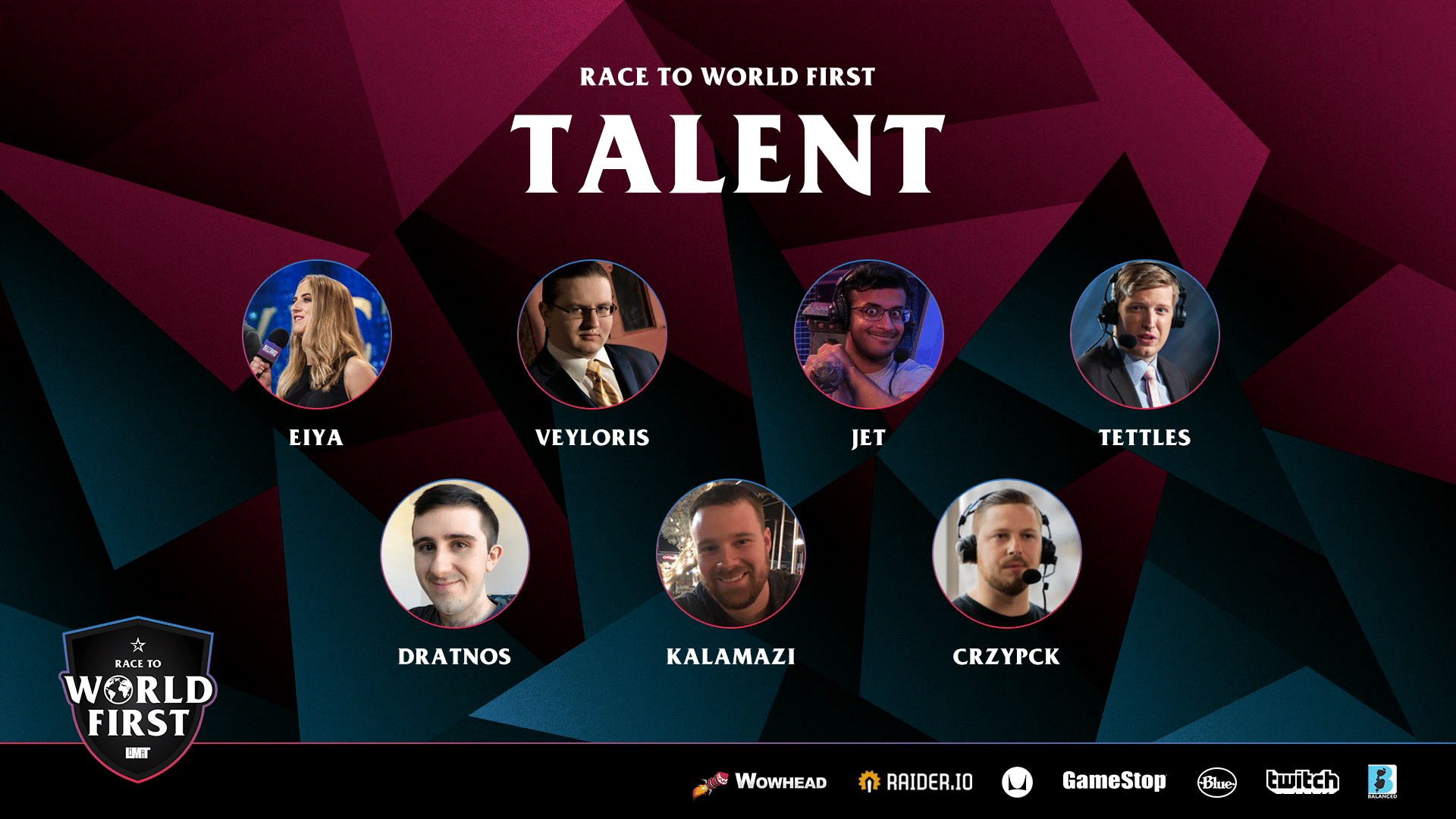 Complexity-Limit will welcome Blue Microphones, a leading innovator in audio technology and design, as the guild’s official microphone partner. As part of the partnership, Blue will supply Complexity-Limit guild members with the new Yeti X World of Warcraft Edition professional USB microphone to use throughout Race to World First, delivering Blue broadcast-quality audio with exceptional focus and clarity for the guild’s communication during the race. Blue will also power listen-ins, allowing viewers behind-the-scenes insight into the guild’s communication. Additionally, Complexity will equip the guild with Herman Miller Embody Gaming Chairs. As the ultimate performance tool, the Embody Gaming Chair will help them compete comfortably through extended hours of gaming.

“In February we learned what it takes to be Race to World First champions, and we’re ready to carry that momentum into Shadowlands,” said Kevin “Atrocity” Bannick, Complexity-Limit’s newest Guild Officer. “Thanks to Complexity, we’ve been able to focus purely on preparing for the upcoming raid, and we’re looking forward to giving this event our all.”

This year’s Race to World First: Shadowlands event promises another thrilling exhibition packed with best-in-class strategy and can’t-miss entertainment for WoW fans. Six of Complexity-Limit’s guild members will compete in a safe bubble environment at Complexity’s headquarters, the GameStop Performance Center (GSPC), beginning on December 15. Complexity will manage all areas of the event’s broadcast and player needs, providing nutritional meals and recovery amenities, so guild members can focus on what they do best – getting World First kills.

This marks the guild’s second Race to World First event under the Complexity banner, since partnering together in October 2019. Complexity-Limit will look to follow up on its championship performance in February, where they became the world’s first to conquer the legendary N’zoth, the final boss in the Ny’alotha raid, in 274 attempts and the first North American guild to win a Race to World First in a decade.

###
About Complexity-Limit
Limit, now known as Complexity-Limit, was founded in early 2015 from top raiding guilds across North America. Setting their eyes on beating other North American guilds, while also improving their own world rankings, they took their first NA #1, World 7th rank in Hellfire Citadel, tackling Mythic Archimonde and sealing their fate as a force to be reckoned with. As they’ve climbed the world ranks tier after tier, the dream of becoming the #1 raiding guild in the world was realized in February 2020. Limit won the “Race to World First” in dominating fashion by being the first team to defeat 9/12 bosses and defeating the final boss days before the next closest guild.

About Complexity Gaming
Complexity Gaming is one of North America’s longest standing and most successful esports organizations, now owned by Jerry Jones of the Dallas Cowboys and investor John Goff. The esports organization is led by Founder and CEO Jason Lake, considered by many to be one of the founding fathers of esports in North America. Complexity’s esports teams have won more than 140 championships in nearly 30 game titles over its 15+ year history. Staunchly committed to passion, professionalism, and a player-first mentality, Complexity has been continuously recognized as a global leader in modern esports. For more information on Complexity, visit http://Complexity.gg and follow the organization on Twitter, Instagram, YouTube, TikTok and Facebook.