Welcome to the center of Nyalotha. This is a 3 phase encounter, with you moving progressively deeper into the being known as N’zoth. Between each phase is a transition where you move through tunnels further into the madness. Ywaq mh’naus wgah zaix zygtahg. 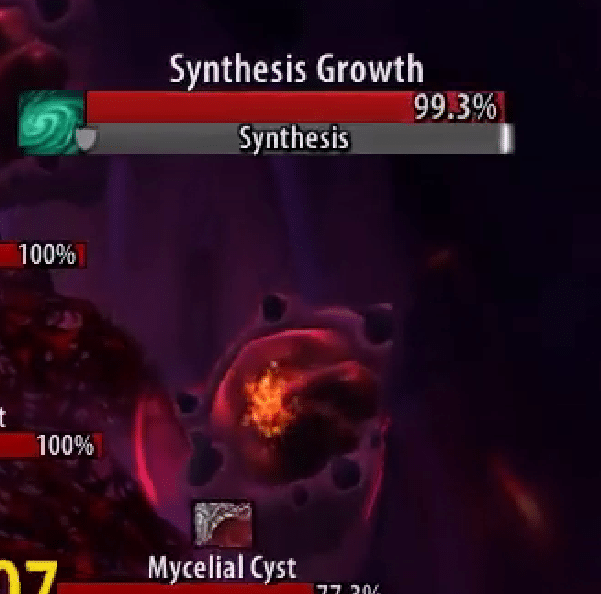 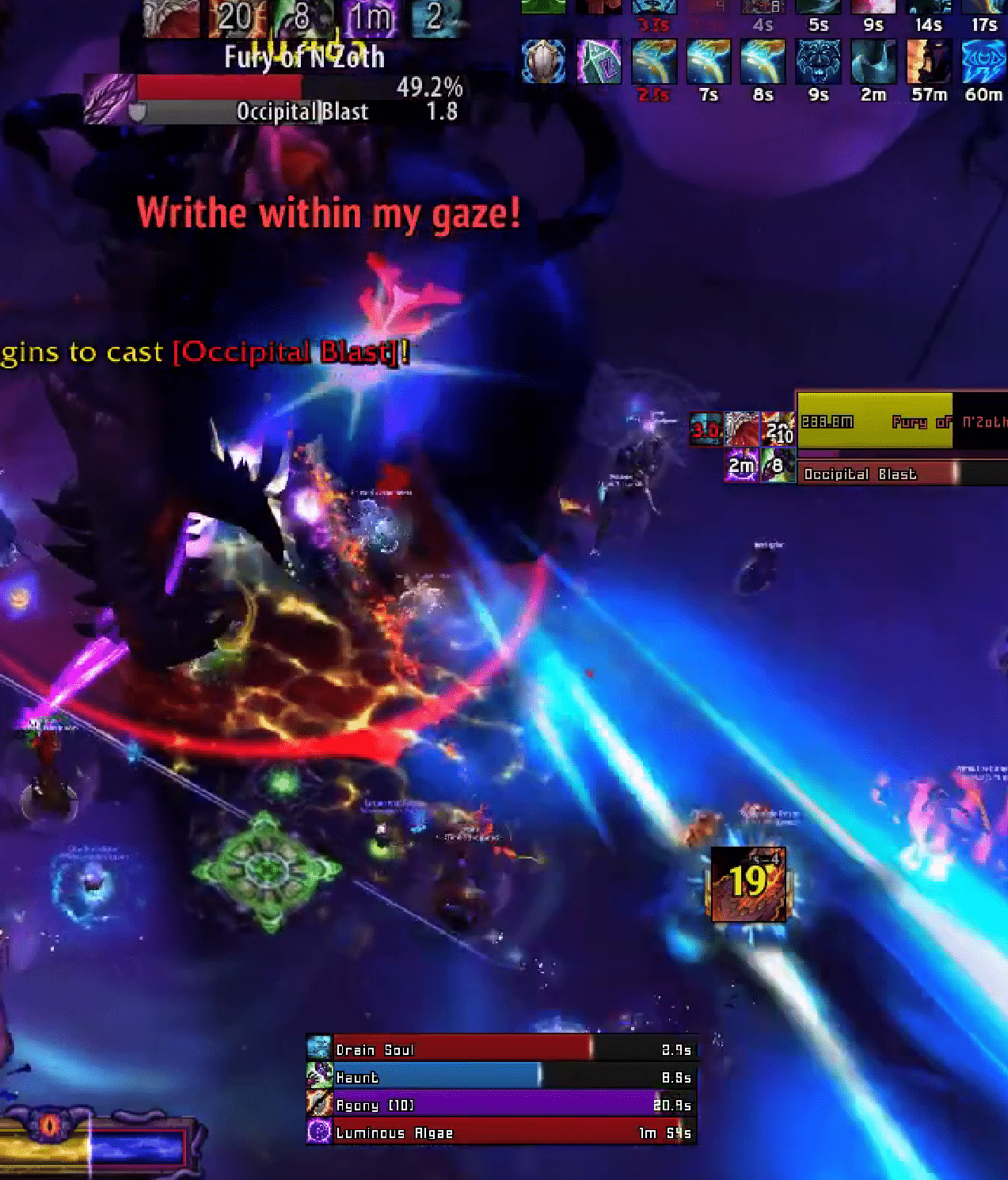 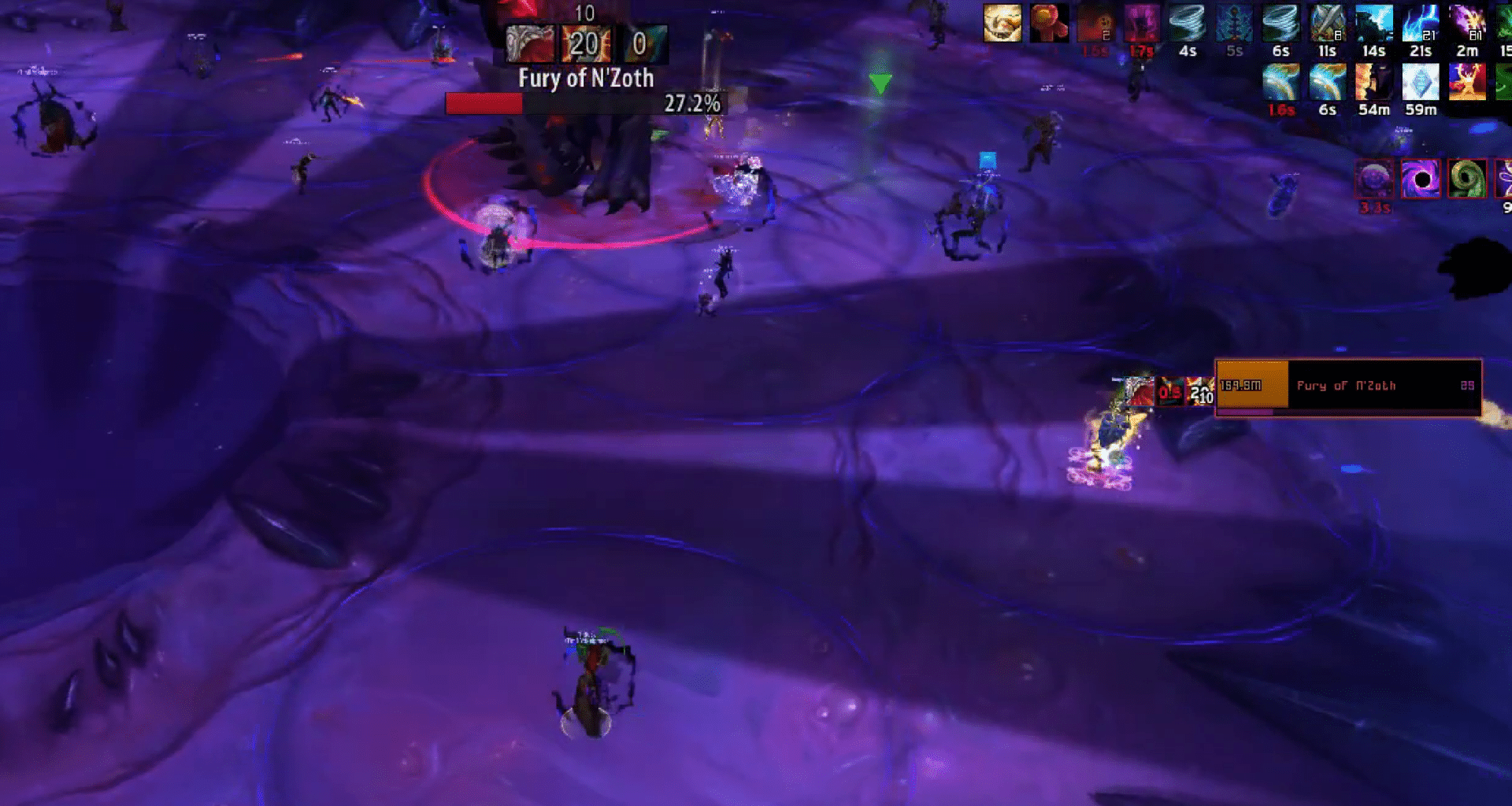 Start with the boss slightly to the right-hand side, as that’s where the first Gaze add spawns. Star denotes roughly where Wrathion is: 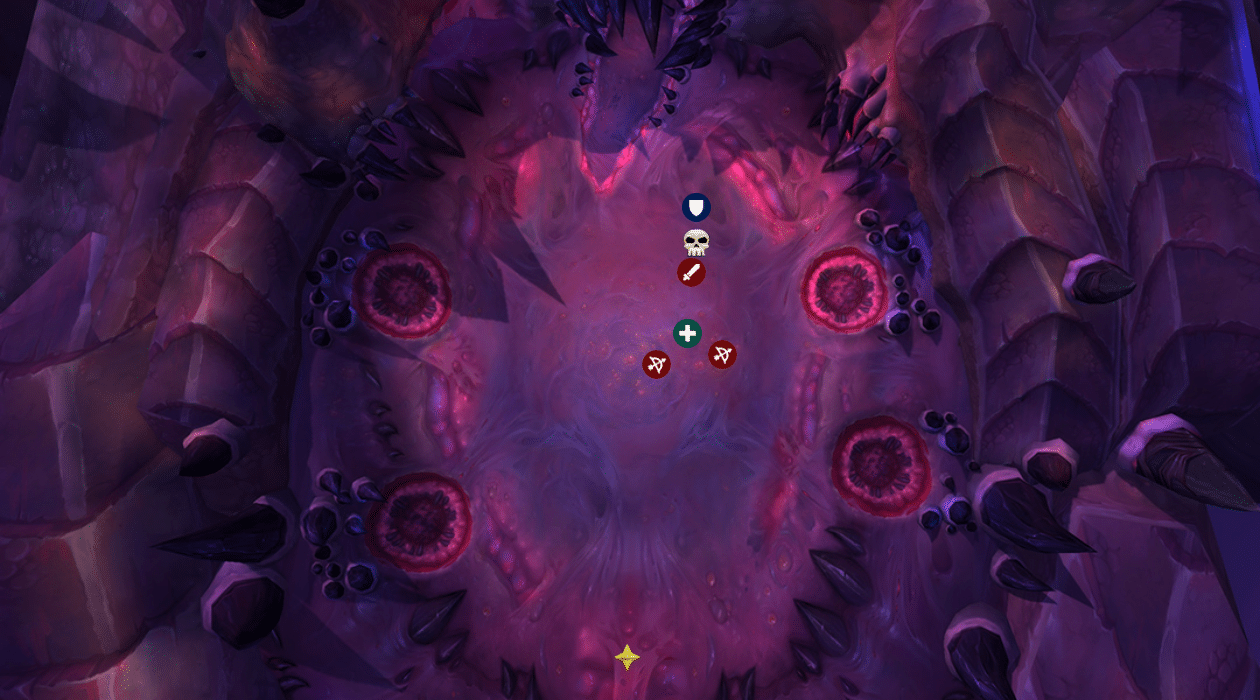 When the big Tentacle spawns, everyone should adjust and move to it. Melee should run on top of it: 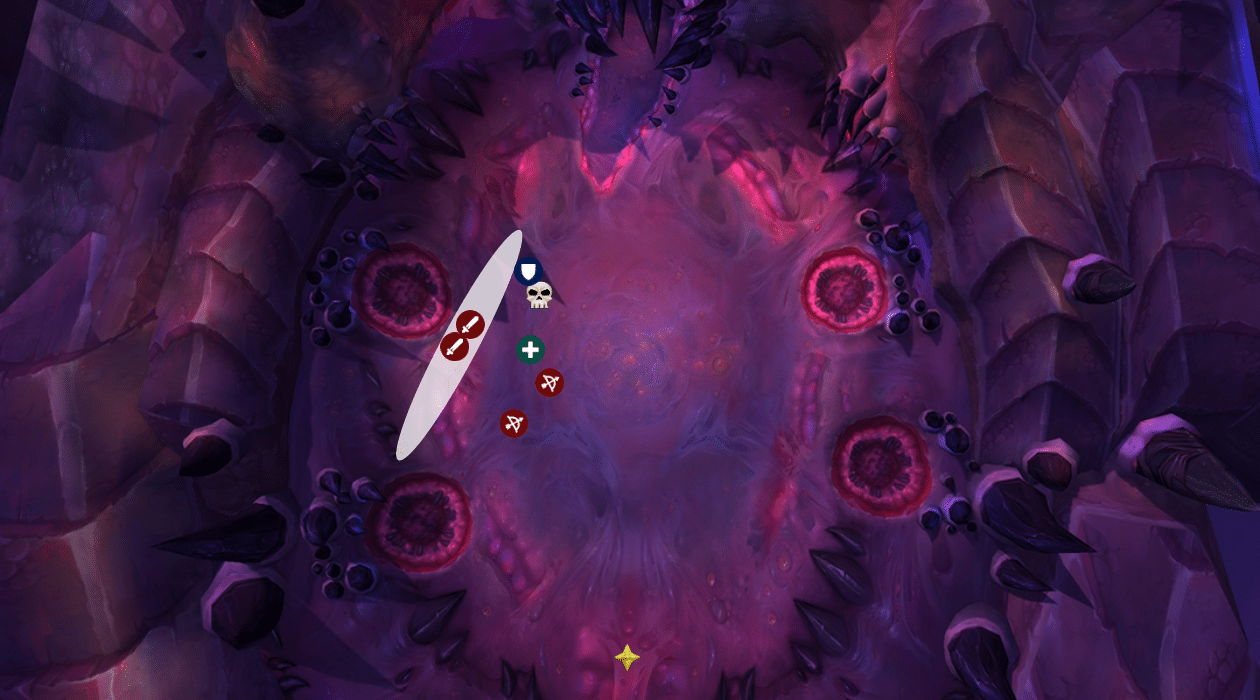 In Phase 2, start with the Growths in the back of the side areas: 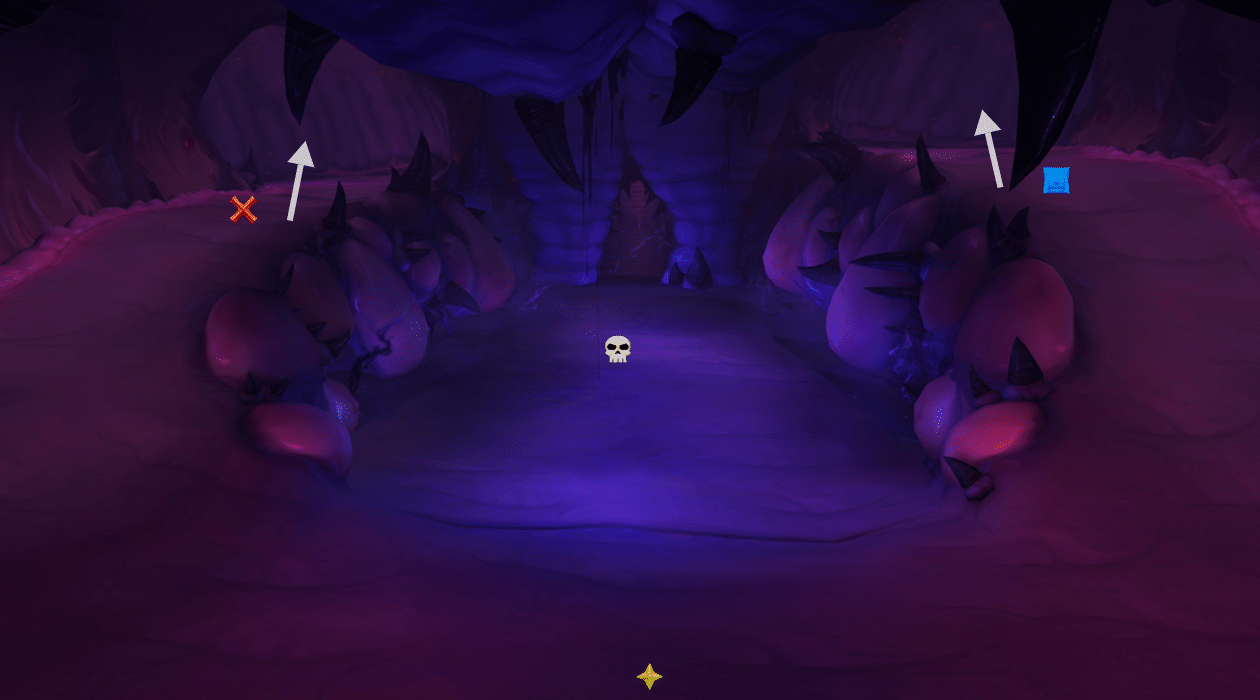 Once they die, you’ll come back down, preferably using your Cloak extra action button: 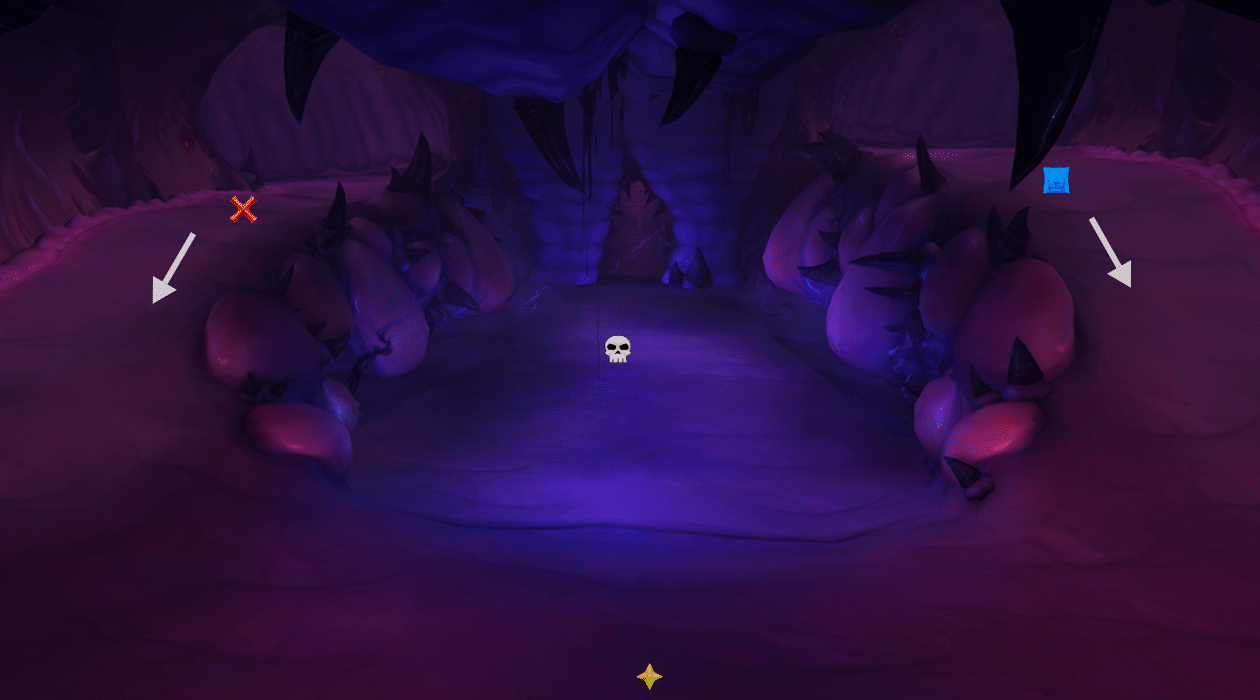 You’ll then fight the boss. Putting him near the middle of the room makes it easier to dodge the beam, and keeps you closer to Wrathion: 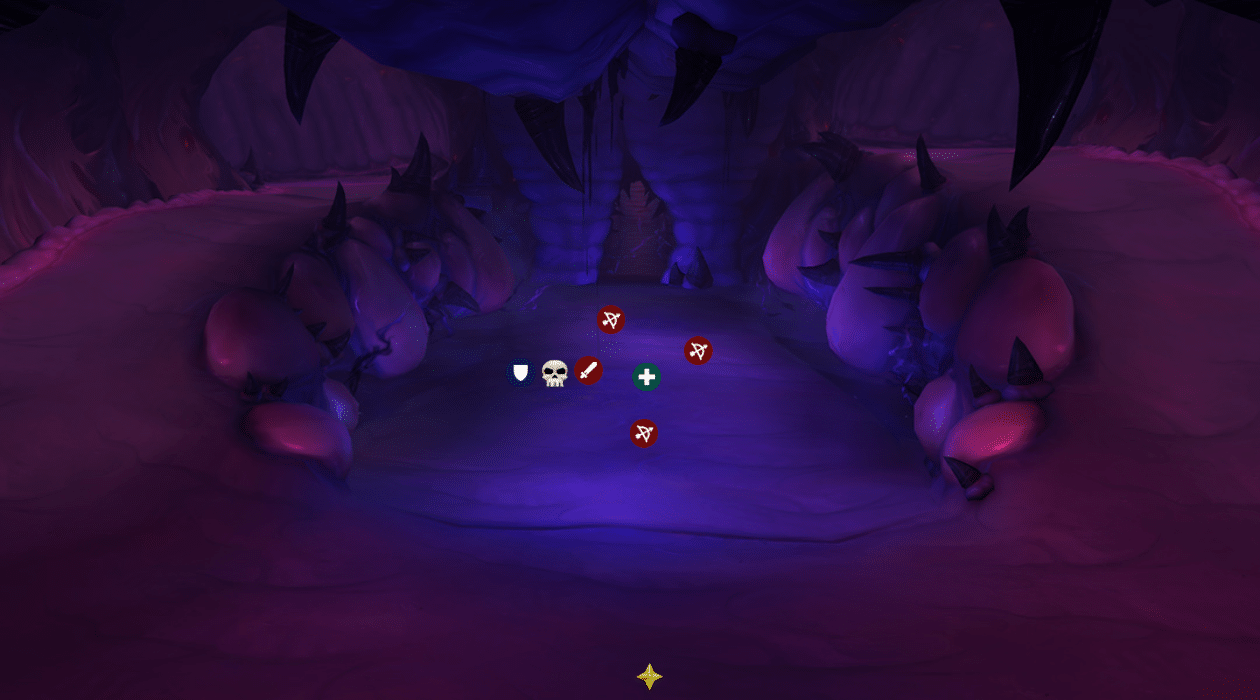 Phase 3, everyone just needs to be spread around the boss. Collapse after the adds spawn to help tanks pick them up.