Three phase fight. You start by fighting 3 bosses with independent health pools. When any boss reaches 50% HP, you enter a short dancing intermission. When one dies, the surviving bosses gain a new ability. When the second dies, the final boss gets another new ability. You can choose which order to kill them in. This fight is so great, Blizz had to test it 4 times to get it juuuuuust right!

Many possible kill orders were tested. Below, we’ll go over the recommended kill order. 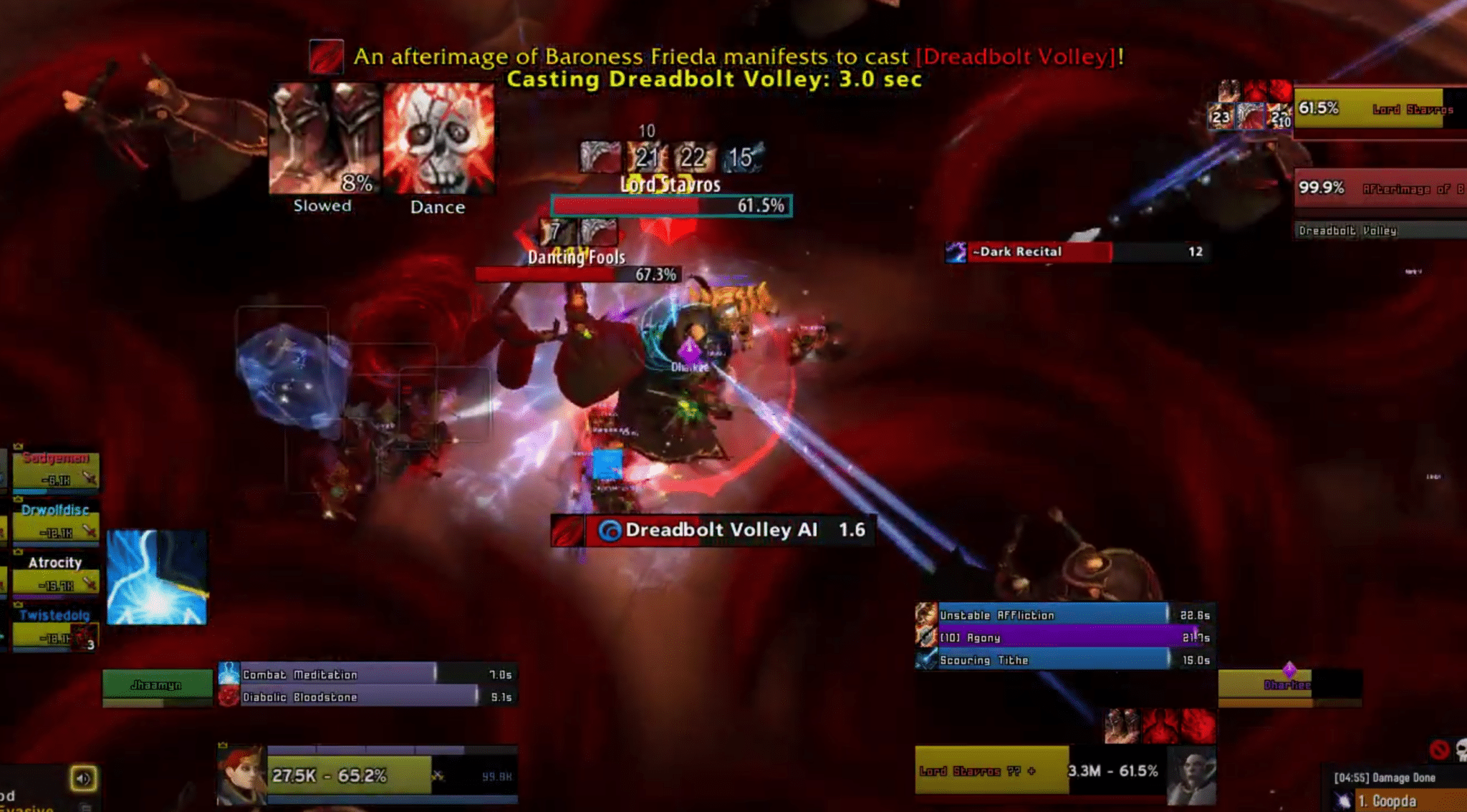 For Phase 1 and 2, if you plan on trying to have Stavros just completely away from the group, the positioning below will work. Idea is to just move Stavros away so his Lunge cannot hit anyone other than the active tank holding him. The rest of the raid will be moving fairly regularly, so don’t expect to have your feet set for long. In P1, you’ll need to move around with your partner for Dark Recital. P2 you’ll need to also dodge the Waltzing Venthyrs. 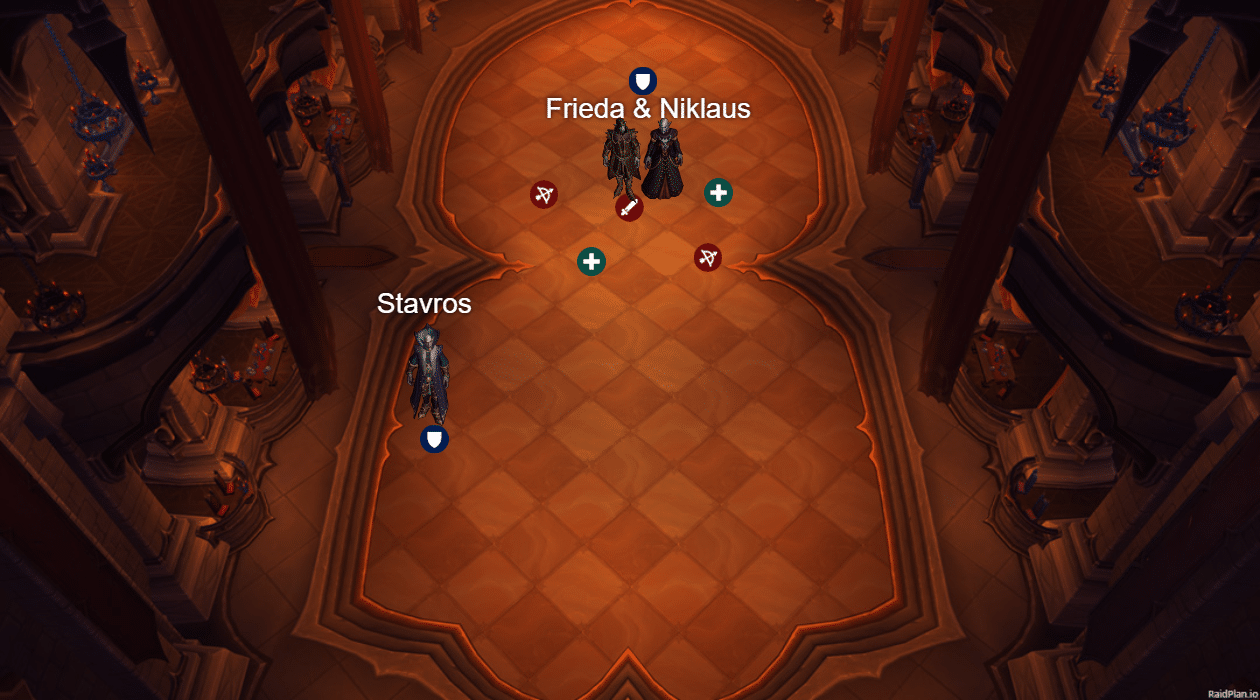 When you get to Phase 3, fighting Stavros alone, move him to the middle so you can more easily adjust around the room. 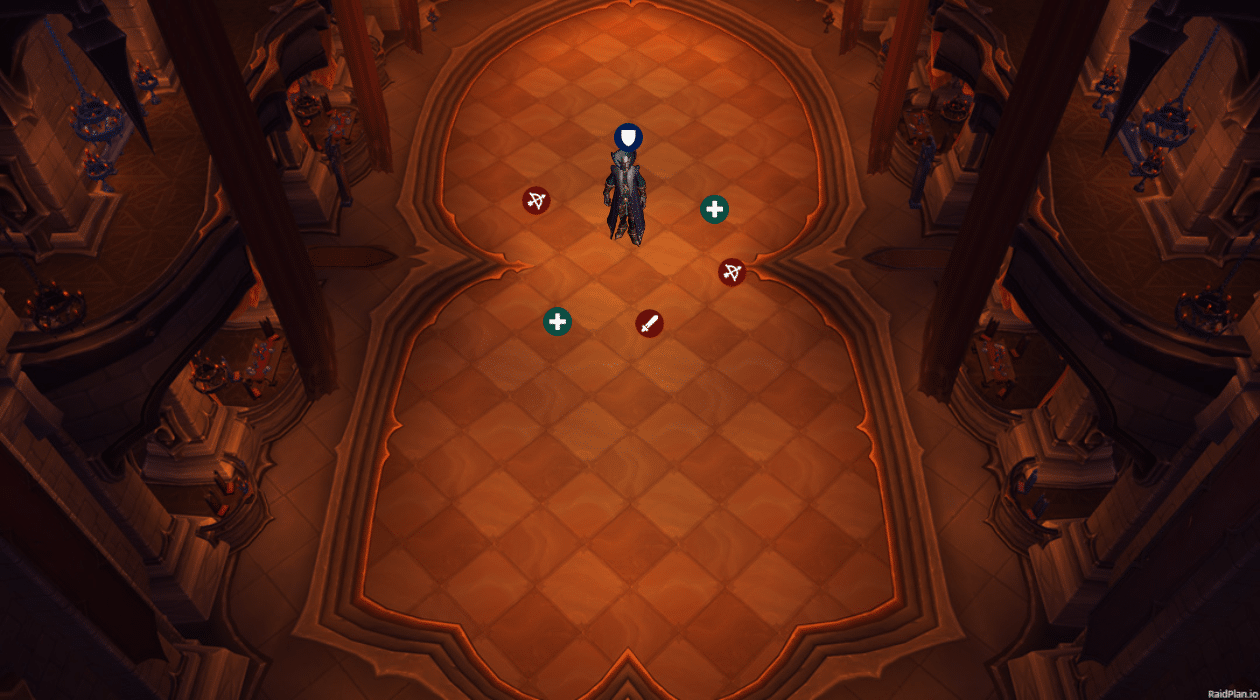