Big ol’ blue dude who tries to pummel you into the ground. Single phase fight, but the boss has a special 100 energy ability as well.

In general, keep the boss near-ish the edge of the room. In the picture below, X, Star, and Circle are for the Volatile Ejections. The raid is positioned on the other side of the boss. Triangle and Diamond are locations for Gluttonous Miasma. Those are just an example, you don’t need pre-set spots for Miasmas, just wanted to provide an example location. Nobody should be too far from the boss. DO NOT FORGET to spread out heavily for the Expunge 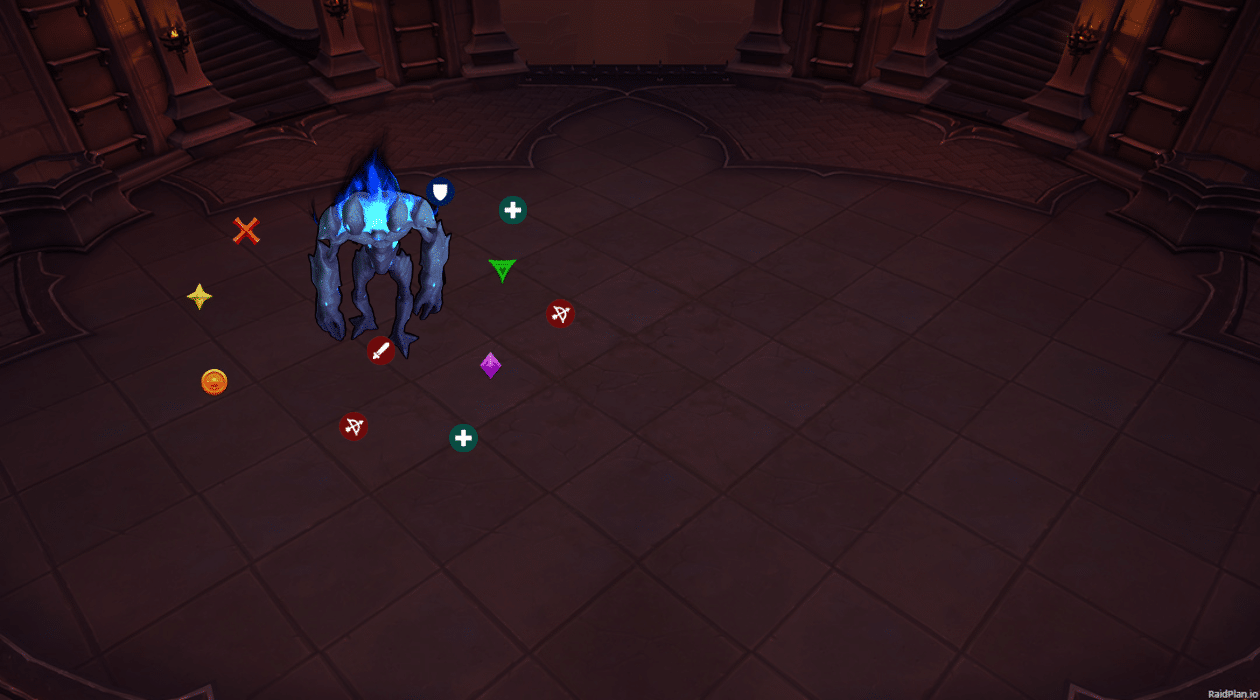 This one’s pretty straight forward. Boss does giant suck AoE then kills anyone within a circle. Run away. 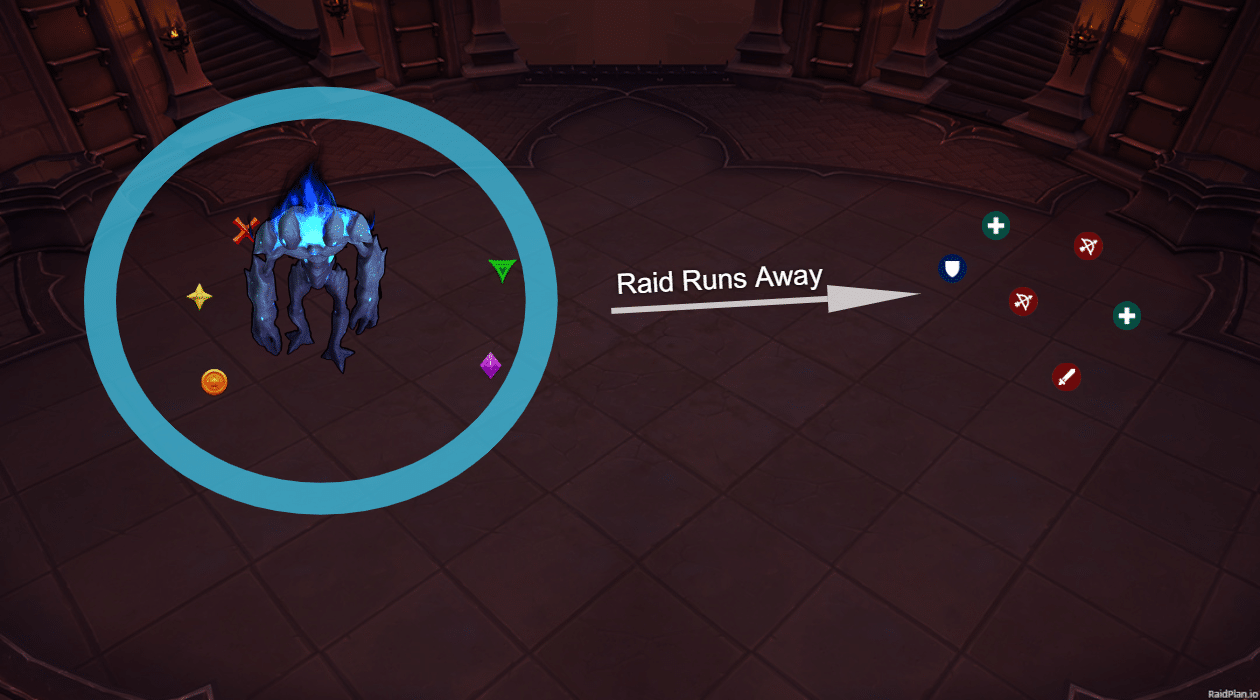