Shad’har is a very not good boy doggo fight with 3 phases. He has several abilities which remain the same through each phase, and two abilities that morph based on the current phase 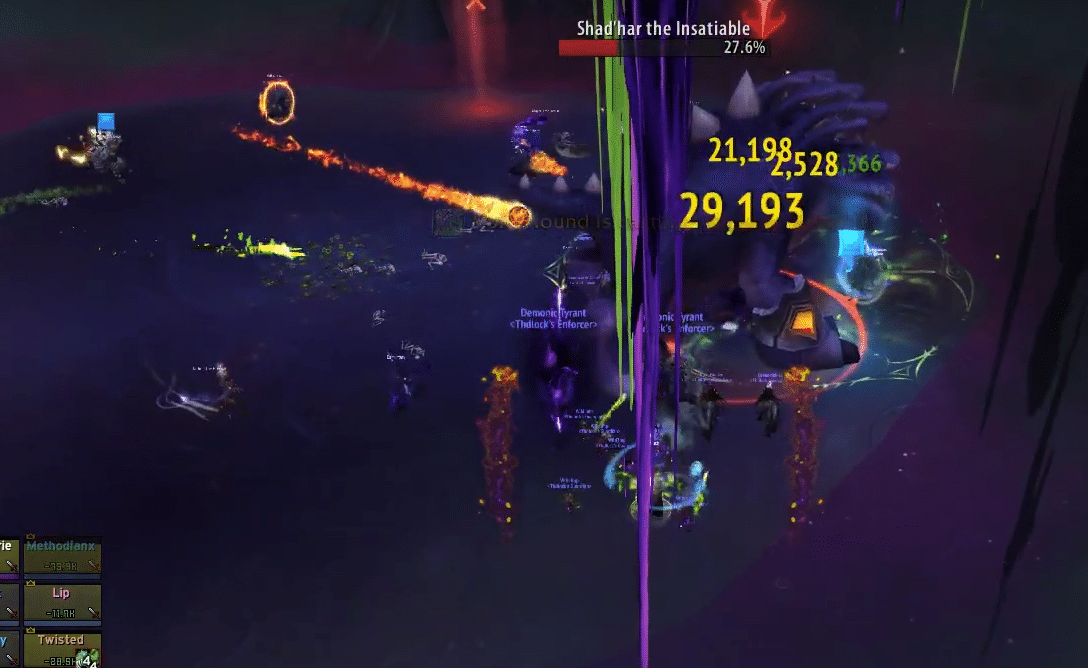 Here’s what the room looks later in the phase, almost completely covered in green goop: 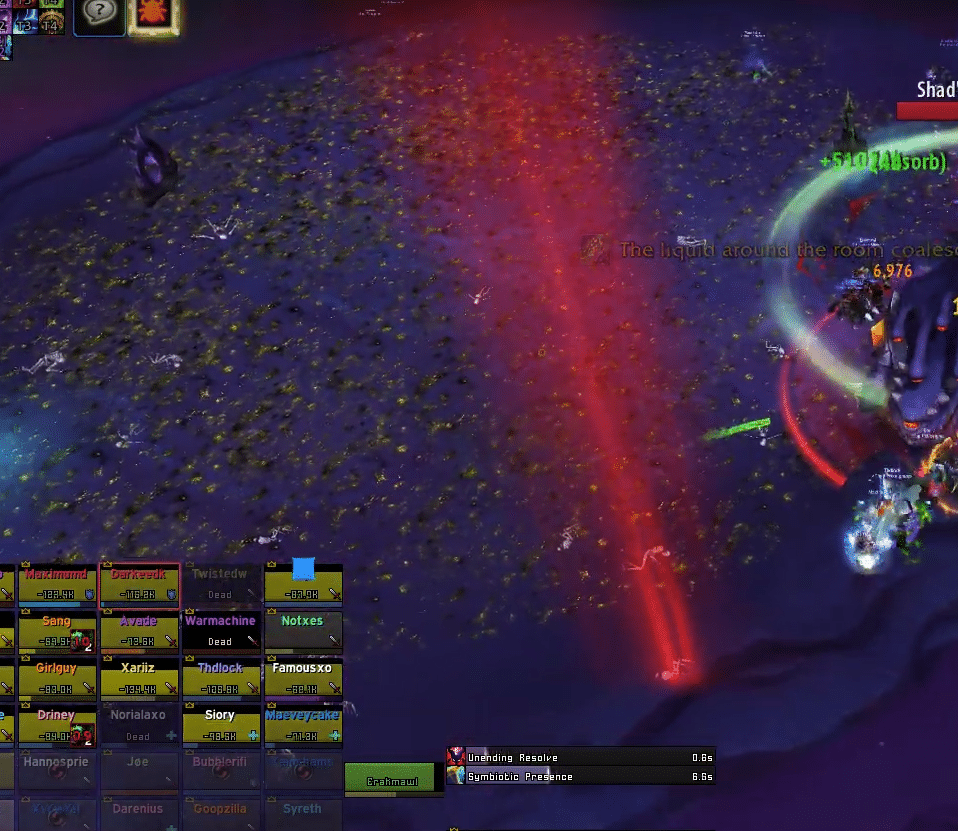 Normal positioning for P1 and P2: 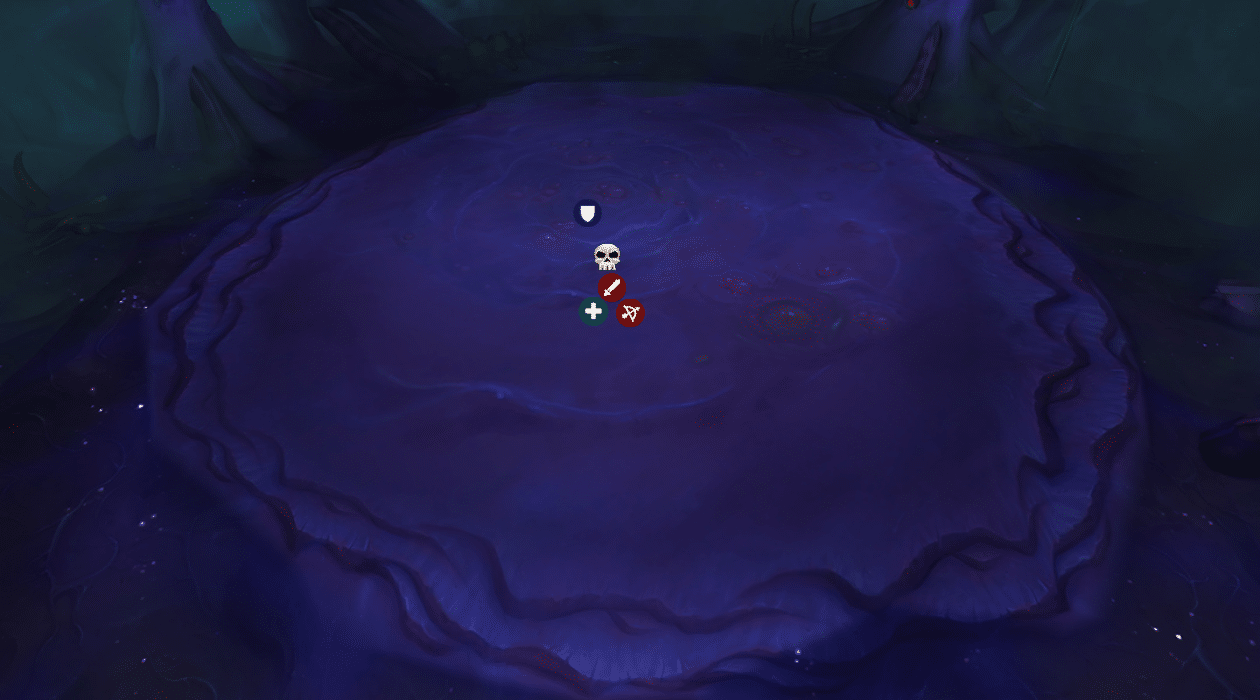 If you get Living Miasma, move away from the raid: 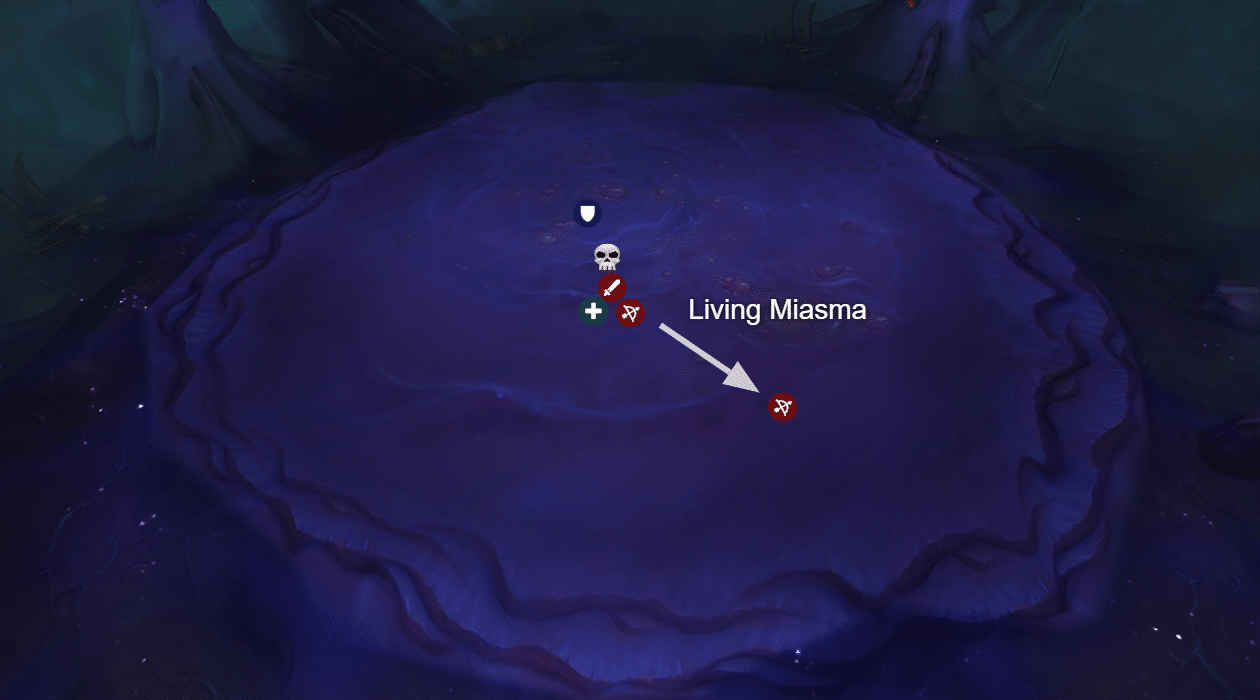 In Phase 3, you’ll need to move the boss towards the edge as the green goop grows: 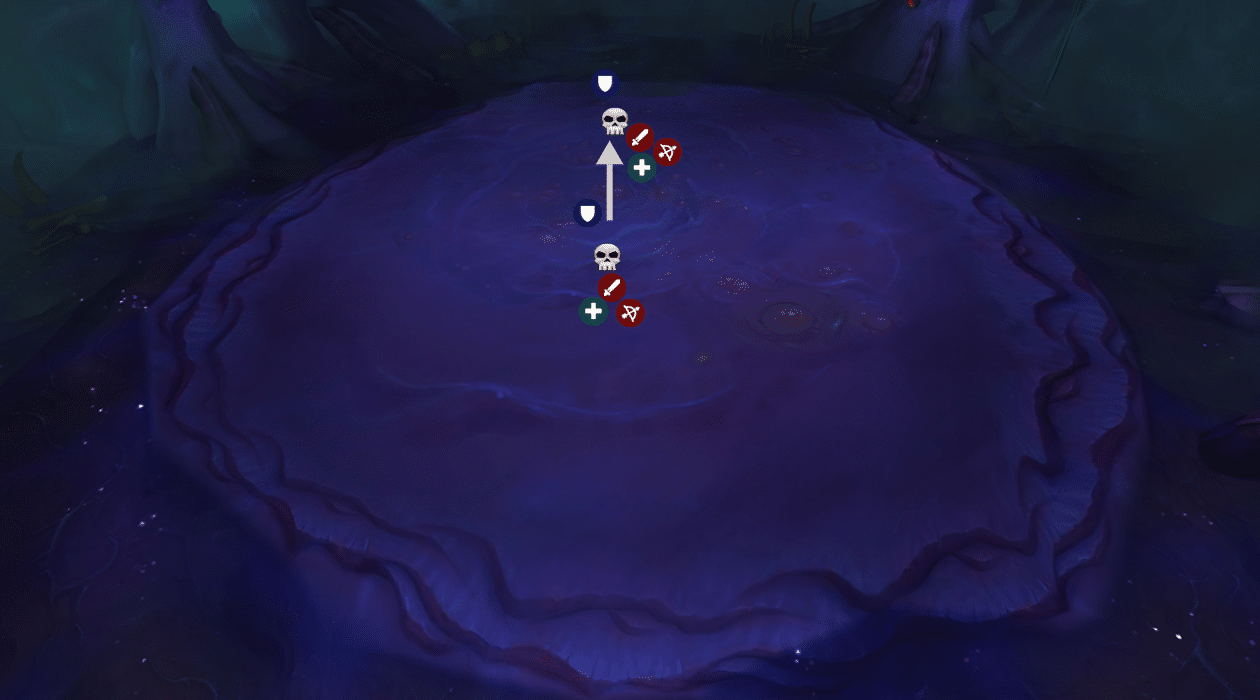