Skitra is an encounter that alternates between a primary phase and intermission phase based on boss HP. Phase 1 is where the encounter primarily happens. Phase 2 occurs at 80%, 60%, 40%, and 20% HP on Skitra. Phase 2 ends as soon as you defeat the add. 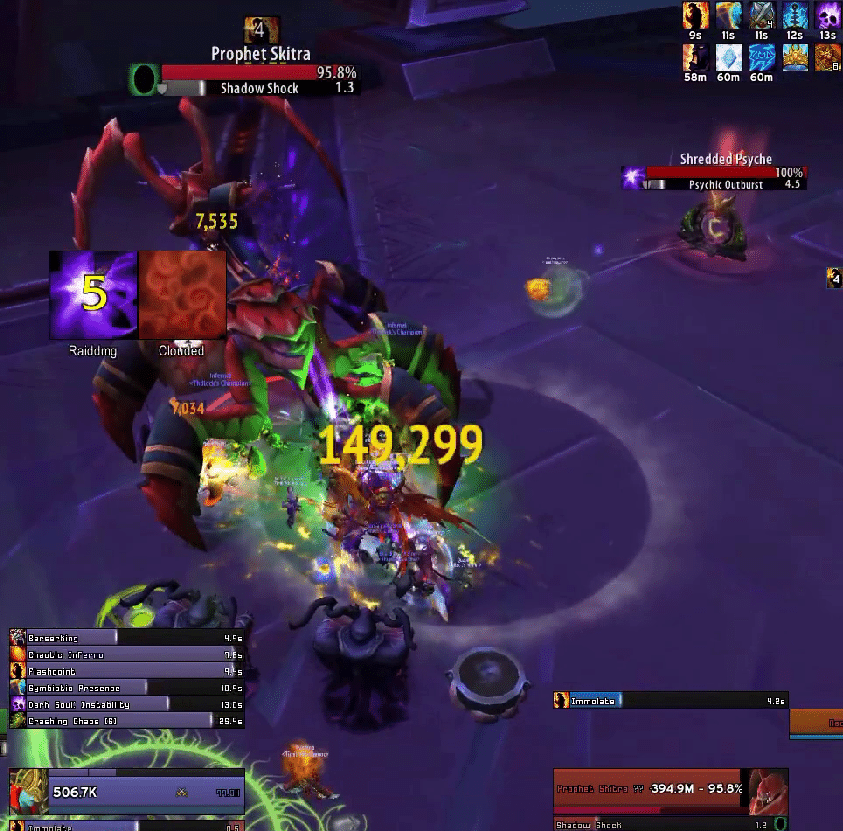 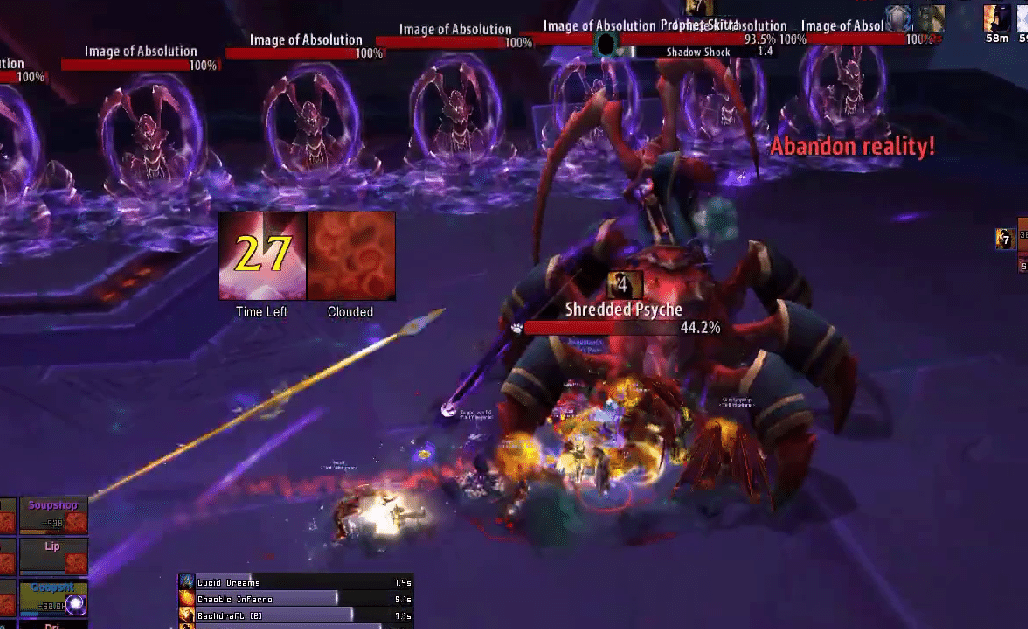 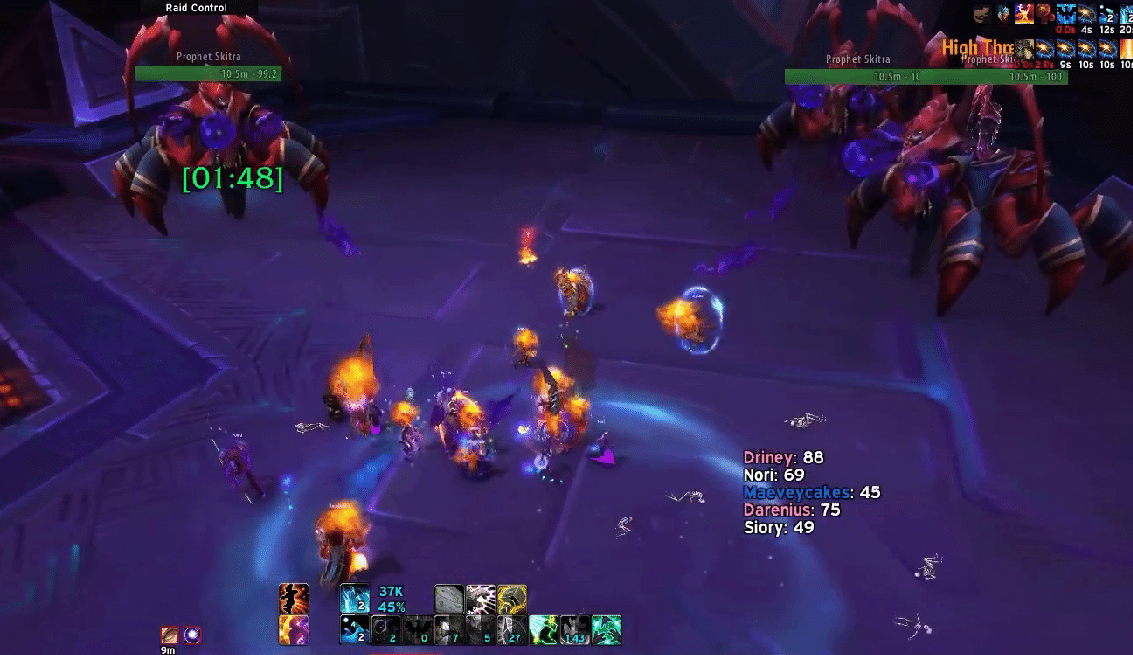 Put up raid markers before you pull the boss, like below. 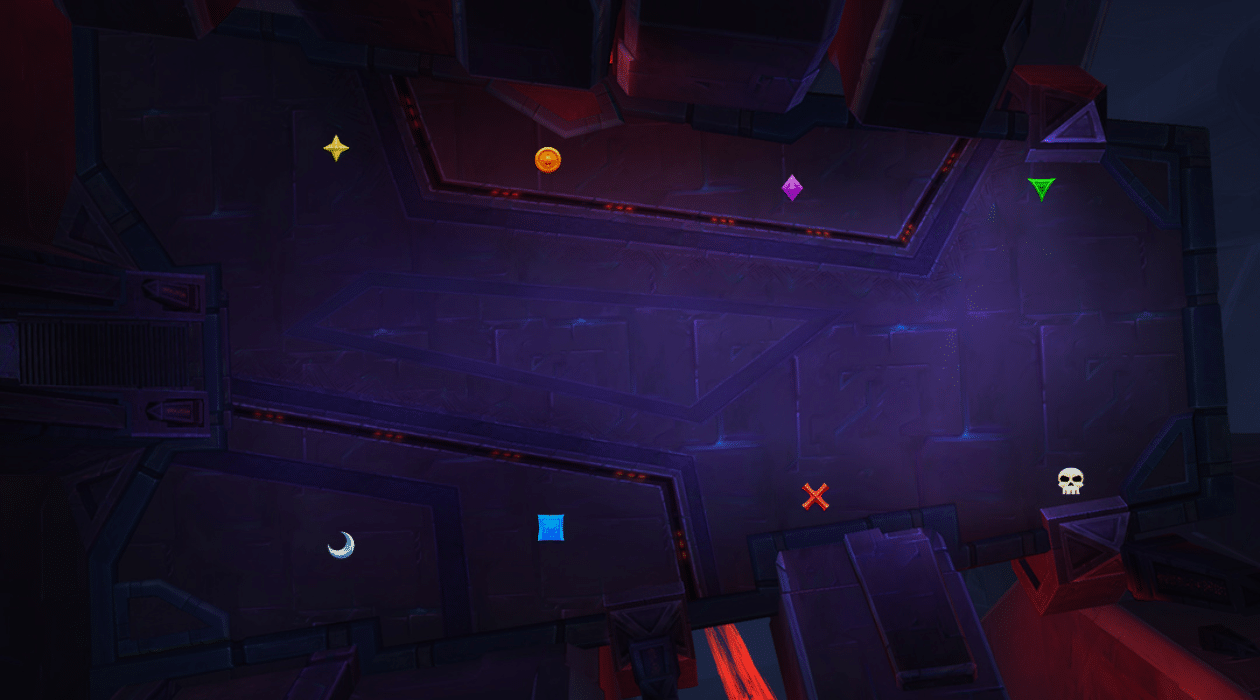 Tank the boss near the middle of the room 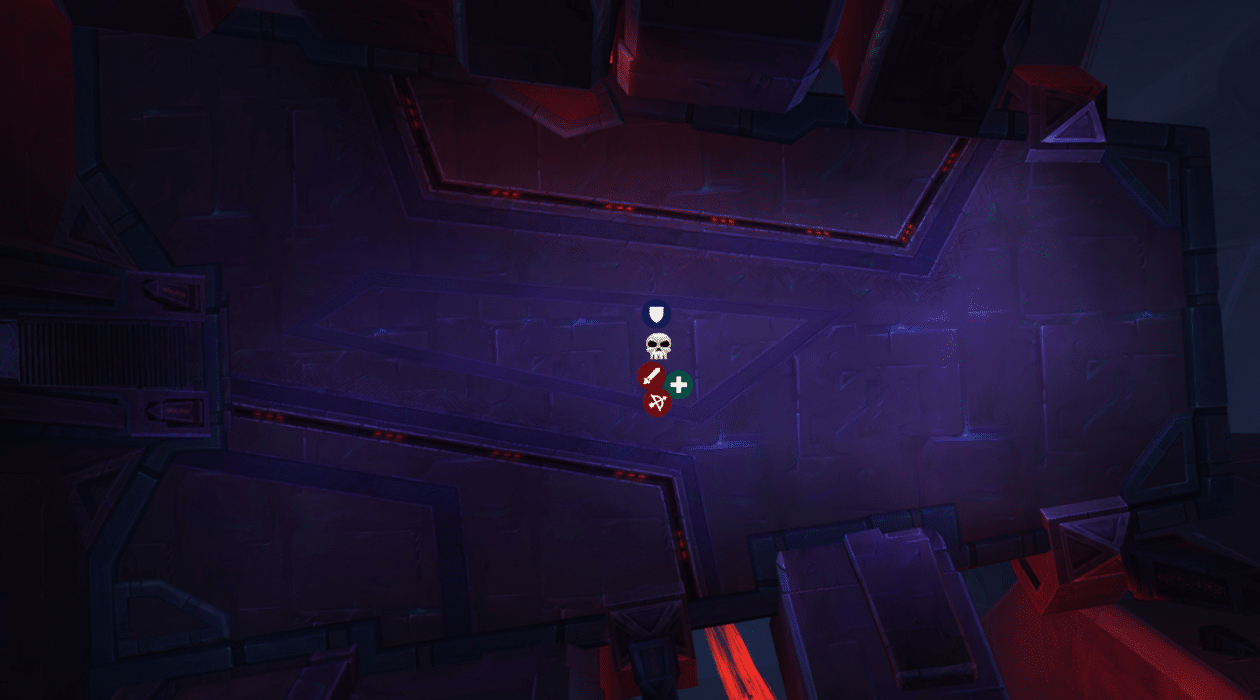 The person affected by Shred Psyche needs to move to the side of the group, somewhere around X below: 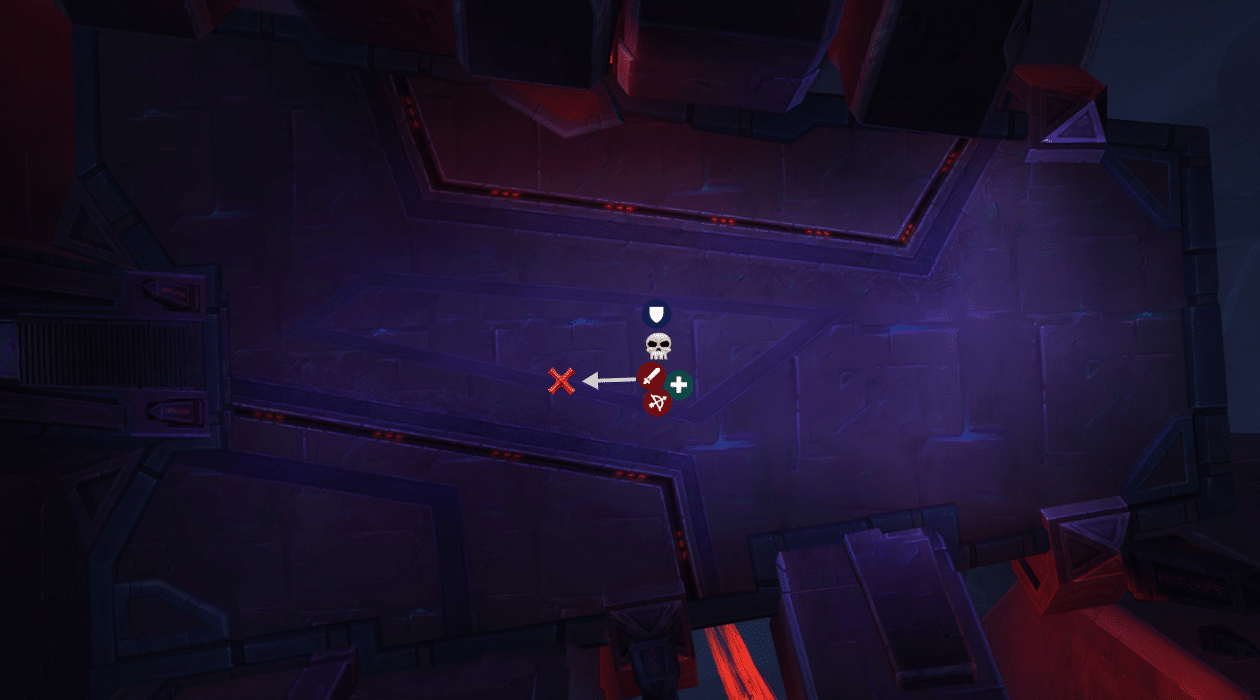 AFTER the add finishes its initial cast, the tank pulls the boss on top of it and everyone follows: 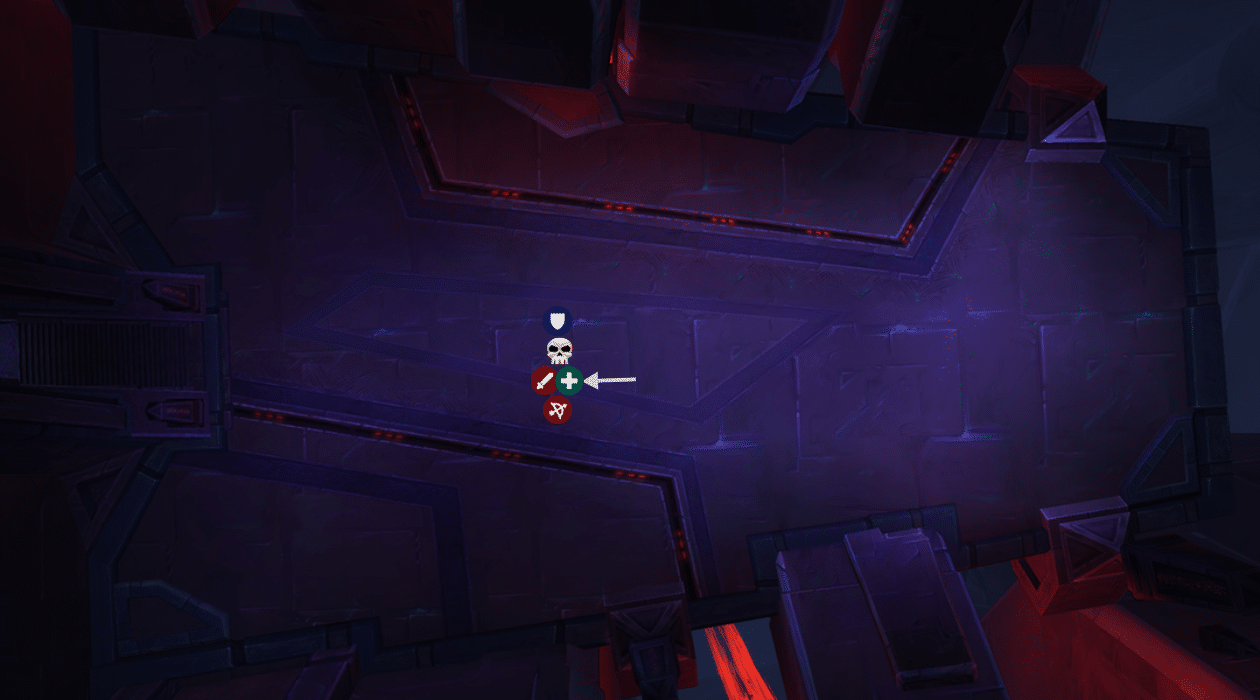