This is a single-phase encounter with several standard fight mechanics. Oh, and soccer. Yes I said soccer, I’m American. You need to play soccer to defeat this boss. You’ll also see the Sea Witch you killed last raid being tortured in the middle of the room, so that’s kind of cool after 200-300 wipes to her. We’ll break out the soccer mechanic by itself, as there’s a lot of pieces to it. 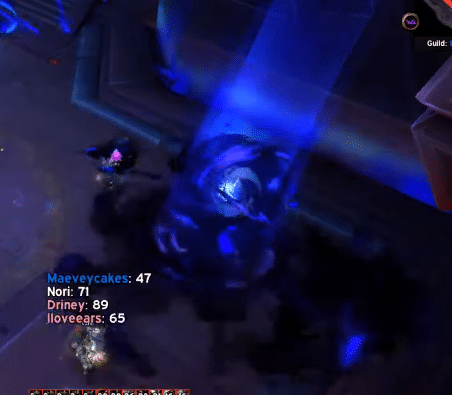 You’ll want to tank the boss near where the circle around Azshara is. See the below screenshot.