A note on strategies here

While we don’t necessarily like this strategy, we strongly recommend you use the “no dispel” strategy pioneered and popularized by Alpha. It makes the fight significantly easier, removes a mechanic, and will allow you to get much further into the fight much more quickly. Unless Blizzard does something to alter this strategy’s effectiveness, it’ll remain the recommended strategy. We’ll list both strategies here, but for the time being, your guild will likely find the “no dispel” strategy to be easier.

UPDATE 4/25/2020 – Blizzard has made several tuning changes to this fight over the last couple of months. The most recent one reduces the maximum size of the Cursed Blood circles, but does not change the speed at which they grow. If effect, this change actually increases your raid’s damage taken in the no-dispel strategy. With that, plus the changes to the damage from the Curse being dispelled, the “proper” strategy may actually prove simpler for your guild if you’re just beginning the fight. 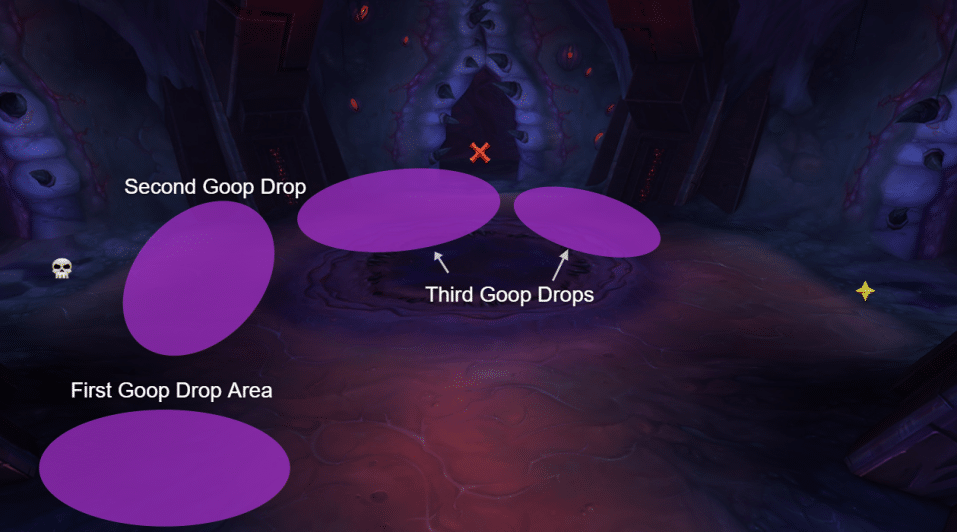