We recommend a comp of 2-3 tanks, 4 healers, and 13-14 DPS. Both tank comp strategies are viable and will be discussed below. Regardless of which tank comp you run, it doesn’t really come into play until Phase 3.

You’ll want to position Vexiona near where she starts, and handle P1 and P2 positioning largely the same as heroic. The big thing with positioning is that you want to ensure you drop the Encroaching Shadow puddles off to the side, instead of the front or back. They don’t despawn on Mythic, so if you drop them in the front or back you can eventually run out of room to dodge the flyovers. See below: 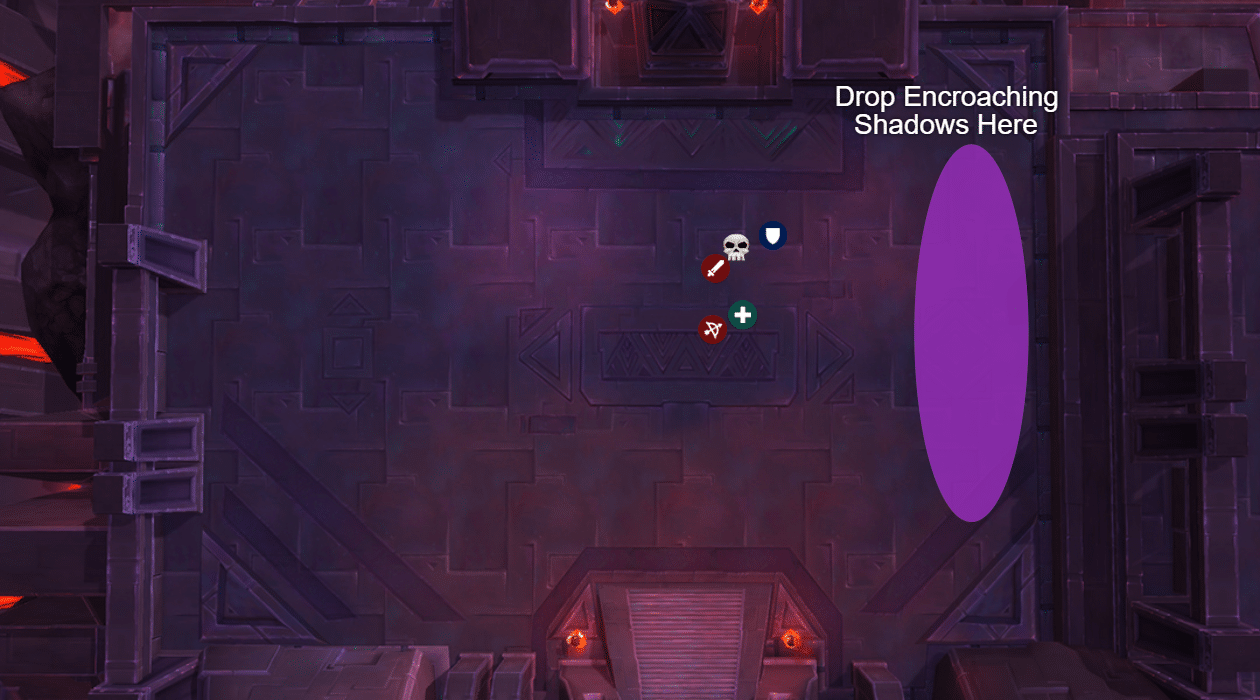 As you get into Phase 3, you’ll have a large chunk of the room covered by the puddles. You’ll want to be moving towards the opposite end of the room, to make sure you have enough space to dodge the P3 Flyovers. 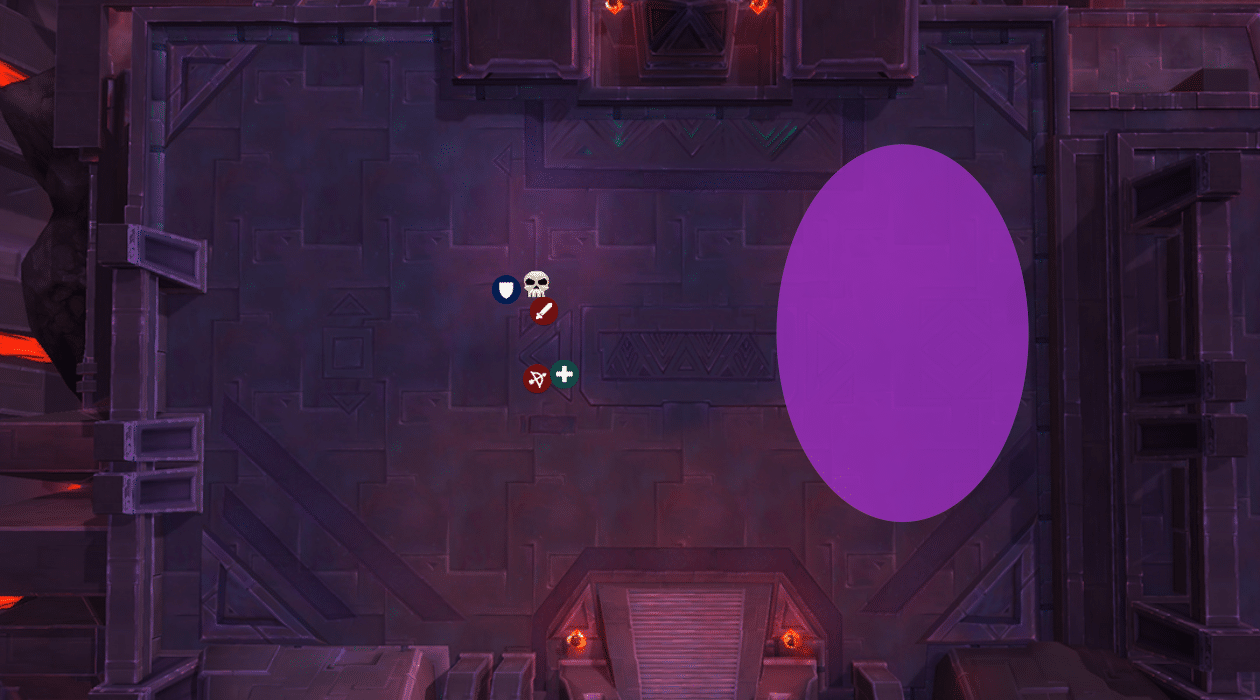