Twelve of the Best Esports Teams Sign Up for Blast Premier

The announcement was made at the BLAST Pro Series Global Final in Bahrain in the presence of representatives from the twelve selected teams.

Robbie Douek, CEO of BLAST said “Our platform has entertained millions of esport fans around the globe. The new BLAST Premier format is even more engaging, fast paced and easy to consume. We are excited by the world class team lineup, and can’t wait to kick off in January.”

The season will start with a studio series in London in January. The studio series is in a central London location, and the setup will bring fans the closest they have ever been to the players.

Nicolas Maurer, CEO of Team Vitality, on behalf of the twelve teams said ‘BLAST came to all of the teams with a proposition that is set to transform the industry. We believe the BLAST approach of producing best in class entertainment will continue to attract large new audiences as a global series in cool locations, innovative format and unique experiences. It was a no brainer to participate for all teams and players. We are excited to be competing against each other.”

Echoing Nicolas’ statements, Jason Lake, CEO & Founder of Complexity Gaming added, “It’s an exciting time for CS:GO that comes with new challenges and opportunities, and Blast is answering that call with innovation, ingenuity and, more importantly, a fan-first mindset that really sets them and the teams involved apart from the pack.”

BLAST Premier sees twelve partner teams compete over two seasons in 2020 for the chance to win $1M USD prize for the Global champion team. This is in addition to a $4.25M USD prize pool for the whole series. 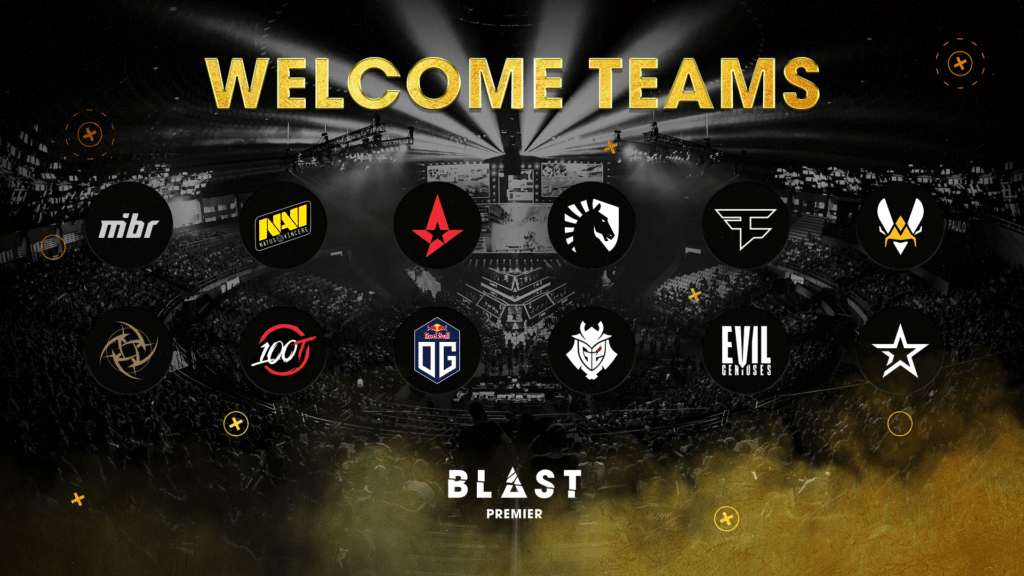 The twelve teams are drawn from around the world, and consists of legacy organisations, legacy rosters and exciting new faces to the scene. The teams are;

BLAST has created an open ecosystem that enables up and coming teams and high performing teams to be able to potentially challenge for the Global Final in 2020. The whole year culminates in our Global Final, which features not only the best teams from our own competition, but also the best-performing teams from the entire year (eg Major winners) – effectively turning it into the crowning of the ultimate Champion.

BLAST is a leading esports and entertainment company. BLAST have delivered the highly successful BLAST Pro Series 2019. In 2020, BLAST is bringing the BLAST Premier tournament to the industry. BLAST has world class commercial and broadcast partners and is able to bring a range of different entertainment and esports platforms to new audiences around the world. BLAST is headquartered in Copenhagen and London.